Director Jitendra Singh tomar, who lives in Jamui Bihar, has completed his webseries kahanibaaz which is going to release on a big OTT platform soon.
Jitendra, currently settled in Mumbai, has started his journey from famous TV show Adaalat, as an intern. After graduating from Jharkhand, he fled away to Mumbai to pursue his passion. It took 6 months of patience to get on the floor as an intern. He ran out of money in between but his will and guts tightened him to his dream and as a result after a year he started getting paycheck in small digits.

Thereafter, he moved onto “Devon ke dev mahadev” as an assistant director. Later he switched to very popular comedy TV show “Tarak Mehta ka Ooltah Chasmah” where he dedicatedly work for 3 consecutive years. He learned each and every aspect of filmmaking there. And his humble nature gave him friends from different departments which earned him a vast and in depth knowledge about film industry.
And finally he did a web series Kahanibaaz in 2020, his most awaited goal.
Produced by Music Fitoor and JST Films. Music Fitoor company is owned by Urmila Varu. This series has sets of stories which has been divided into three episodes. Each episodes has its own charm with romance and thrilling scenes.
In the lead role you will see Neel Siwal, who has done a tremendous job in crafting his dialogues and actions. Talking about his team he is thankful to, cinematography is done by Trilok Vaishnav, associate cameraman Chandan Sharma, associate director Niraj Shojan and entire makeup, light crew and assistants.
You will this series soon on a big OTT planning to release on early 2021. 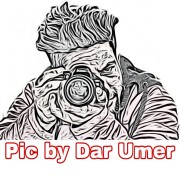 Don’t Mind Criticism, But BJP Should Use Words Wisely

“Hope Our Parents Don’t Read It”

Chinook Helicopter Takes Off From Kedarnath With Debris Of IAF Helicopter